Iron is a vital component to our bodies but also a common medical condition that people may encounter is termed as iron deficiency. Hemoglobin, which contains iron, is part of our red blood cells that bring oxygen from our lungs to all the parts of our body. Our muscles also need oxygen to function properly so it could produce enough energy for our everyday activities. If it very important for not only adults to have the required daily intake of iron but also for teenagers especially when menstruation has started. If you have iron deficiency, it might not be obvious because of the symptoms.

Anemia, which is a blood disorder that occurs when the body doesn’t have enough healthy red blood cells. A person with anemia may look pale and feel weak and fatigued. This blood condition may occur when iron levels have been low for long periods of time.   Without relief this could make the RBC production in our bodies ineffective. Chronic fatigue and weakness may be a persistent symptom for a person suffering from this condition.

Dyspnea may also be felt by people who are experiencing iron deficiency. This is when a person has trouble in breathing properly which may also affect receiving the right oxygen amount. It is often described as having “shortness of breath.” Low iron levels may cause a disturbance in the oxygen flow inside our bodies which may sap out a person’s energy. Heart palpitations may also occur and also excessive sweating because of the difficulty in receiving the right amount of oxygen. If untreated, heart failure may occur.

Restless leg syndrome is when there is an uncomfortable sensation in the legs even during rest. People with this symptom may experience trouble sleeping because the legs still feeling like they are walking or moving around even during rest. People who suffer from this may experience involuntary movements in their legs. A tingly sensation may also be felt that may be very uncomfortable all throughout the day.

Pica, which is a very odd disorder, could also be experienced when there are low levels of iron in the body. This term is described as having a craving for unusual items that are not edible. Low iron levels may cause the body to crave iron thus people can start eating buttons, chalk paper and even soil. This condition could be very dangerous because the items could be dirty and filled with bacteria, fungi and viruses that could cause serious illness. 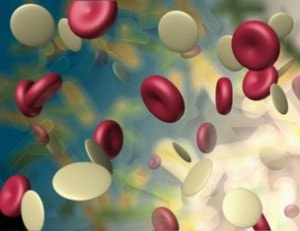 Excessive bleeding in menstruating women or in women who aren’t menstruating at all could also be experienced. When there are low levels of iron, the blood is thinned to a point that the clotting of the blood becomes more difficult.

Other symptoms may also include irritability, dizziness, headaches and lack of appetite.

The most common deficiency causes are insufficient iron in your diet or when you’re losing a significant amount of it which could occur during a heavy menstrual period. It is a fact that men store more iron than women do. Women are well advised to take in more iron as compared to men. Take in mind that we all need a daily intake of iron for our bodies.

The amount depends on your age, gender, body size and lifestyle. A daily intake of 15 milligrams a day for women and 10 milligrams a day for men are the necessary requirements. If you are active in sports, it is recommended to have your hemoglobin levels checked at least once a year. Iron deficiency diet advice could also be considered because iron can also be found in foods that we eat every day.

Here is a list of foods that are rich in iron:

Stay away from this common nutritional deficiency by eating more of the suggested foods found above. Vegetarians are also recommended to be careful in the foods that they consume because they may not receive the required amount of iron that they need. Consuming Vitamin C is a great idea to help the body absorb more iron.

Vitamin C is known to boost our immune systems and preventing common colds. Take a healthy dose of at least 1,000 to 2,000 mg daily, which is the recommended daily requirement. Besides supplements, try eating fruits that have a rich content of Vitamin C such as oranges, cantaloupes and citrus fruits. With the right amount of Vitamin C, the iron that you intake may increase the absorption of it.

If you suspect you are experiencing a deficiency in iron, it is best to consult with your healthcare professional and get a blood test to find out. Iron deficiency could cause many problems to our bodies, do the right thing and prevent this medical condition before it starts.

Want to know about a plant that could be your own little miracle worker? A plant that can give you so many benefits for your body, whether it is … END_OF_DOCUMENT_TOKEN_TO_BE_REPLACED