Our reproductive system or genital system is the most vital system in our bodies and it creates lives. It’s not easy to explain but we’ll try to break it down as simple as possible. This system is a group of organized structures in our body that make creation of a new life possible. This system, just like our cardiovascular system is important because of the different roles it has for our body. This system differs depending if you are a female or male. There are different stages in development of our system from birth till old age.

Females have much different structures in their reproductive system than of males in terms of the structure’s make up of their organs. During puberty, these structures develop and become mature making it possible for human life to begin if there is “coitus” or sexual intercourse between a female and a male. Puberty ranges from the ages of nine to fourteen years old. But the puberty age can differ from individual to individual. Females have “ovaries” which are the female’s gonads. This structure produces an egg (the female’s sex cell). On the other hand, males have “testes” (the male’s sex glands) which produce sperm (the male’s sex cells). Reproduction begins when the egg and sperm unite inside the female’s body thus the process of fertilization occurs. 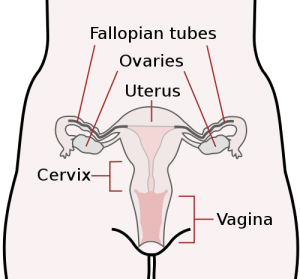 Let’s first start off with the female’s reproductive system to make a little easier for you to understand the basics about it all. The main purpose of the female’s system is to generate ova, receive sperm from the penis and maintain and provide nutrients for the fetus. The female’s system also allows the birth process to occur. The oval-shaped organ in a female’s system is called the ovaries and this structure produces sex hormones. At birth, a female’s ovaries contain thousands of eggs that are waiting to be developed. With the hundreds of thousands of these eggs, only a few reach full maturity. While a female enters puberty, hormones start to take action and it causes many follicles to develop each month. During each month, one egg fully matures and the process of ovulation occurs.

The egg travels through the pair of fallopian tubes where if there is sexual intercourse and a sperm reaches the egg, may then cause pregnancy developing a fetus. The “endometrium” which is the lining of the uterus, becomes thicker while it prepares for pregnancy. During menstruation or more commonly known as a woman’s period, the lining sheds off and the egg goes along with the blood lining of the endometrium and pregnancy does not happen. BUT, when the sperm reaches the egg, no menstruation occurs and the woman is then declared pregnant. The uterus or womb is vital in sheltering and providing nutrients to the unborn fetus. The cervix, which widens during the birth process, allows the passageway of the fetus when the 9 months of pregnancy is up.

The outer structure of the female’s reprodcutive system is called the “vagina.” This is a muscular tube that goes all the way up towards the uterus. This is the organ that the penis enters during sexual intercourse for the sperm to be released into the female’s genital organs. The vagina has different structures: the minor and major labia, clitoris and mons pubis. The minor and major labia are the folds that serve as protection around the vagina and the urethra. The clitoris is a sensitive part of the female’s system. It is located in front of the labia and its counterpart is the male’s penis. The mons pubis is the fatty pad on the anterior part of the clitoris. 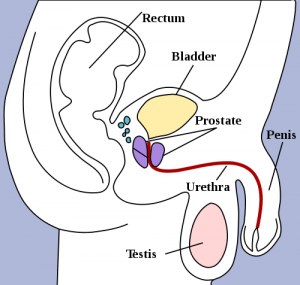 Next off, the male’s reproductive system. The main responsibilities are the production of sperm cells and to induce the sperm into the female’s genital system. The testes, which is located in the scrotum (the sac-like structure that hangs under the male’s penis) is where sperm is produced. During puberty, hormones especially the main hormone testosterone is responsible for the stimulation of the development of the male’s system and also the secondary characteristics.

Sperm then moves up to a structure called the “epididymis” where they develop and are stored. The process of ejaculation is defined as the release of sperm during an orgasm during sexual intercourse). The seminal fluid travels through the urethra and is ejected from the tip of the penis. Seminal fluid contains around 300-400 million sperm cells. During sexual arousal, the penis hardens because of the blood vessels filling up with blood, a process known as “erection.” This allows it to be easier to enter the vagina during intercourse.

Protecting your reproductive system from different conditions and illnesses is crucial to have a healthy reproductive health.

Keeping good hygiene is important in keeping away bacteria and other harmless substances or organisms that may enter it. There are many factors that influence this system such as your age, genetics, lifestyle, habits and use of medicine and exposure to other chemicals in the environment. Some tips in remembering in taking care of yourself are the following:

Be smart and do keep your reproductive system healthy. Do the necessary means to protect it from injurious substances and keep it clean because it is for your own good. No matter what age you are, you should always remember that you’re blessed and given only one body in your life. Your body is your temple so take very good care of it! Trust me, you won’t regret it!

Want to know about a plant that could be your own little miracle worker? A plant that can give you so many benefits for your body, whether it is … END_OF_DOCUMENT_TOKEN_TO_BE_REPLACED